Final Regulations on the IRS Offer in Compromise Application Fee 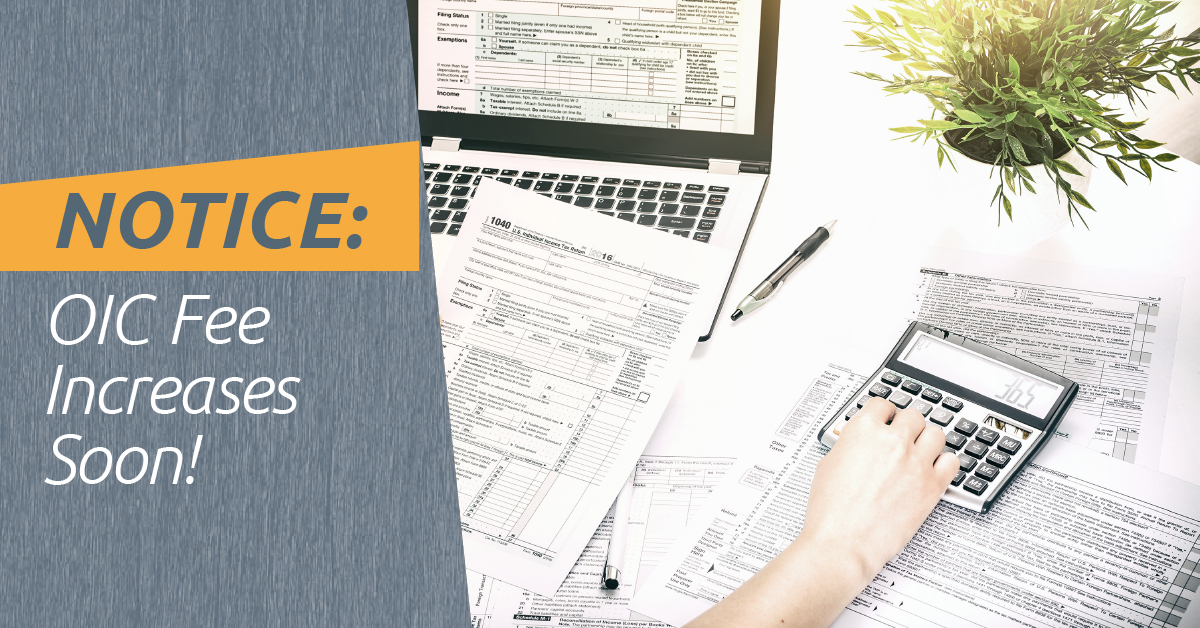 It’s official. The IRS has officially mandated an Offer in Compromise fee increase that will go into effect on April 27, 2020. Here are all the details you need to know to better understand the final regs and exemptions that may apply to your clients.

In a final reg, the IRS has increased the offer in compromise fee to $205 and added another exemption from the fee for certain low-income taxpayers to conform with the Code.

Background: In general, an offer in compromise (OIC) is an agreement between a taxpayer and IRS that settles the taxpayer’s tax liabilities for less than the full amount owed. An OIC is generally not accepted if the IRS believes that the liability can be paid in full through a payment agreement or in a lump sum. The IRS looks at the taxpayer’s income and assets to make a determination of the taxpayer’s reasonable collection potential. (Code Sec. 7122)

Section 1102 of the Taxpayer First Act (P.L. 116-25) added Code Sec. 7122(c)(3). Code Sec. 7122(c)(3) exempts certain low-income taxpayers from payment of the user fee otherwise required in connection with the submission of an offer in compromise. These low-income taxpayers are individuals with adjusted gross income, as determined for the most recent tax year for which such information is available, which does not exceed 250% of the applicable poverty level (as determined by the IRS). Section 1102(b) of the Taxpayer First Act provides that Code Sec. 7122(c)(3) applies to offers-in-compromise submitted after July 1, 2019.

The final reg does two things:

The IRS will continue to biennially review the OIC fee, and it will adjust and increase the fee as appropriate. (Preamble to TD 9894)