IRS Warns of Tax Scams: A Real Example Broken up by Justice Dept. 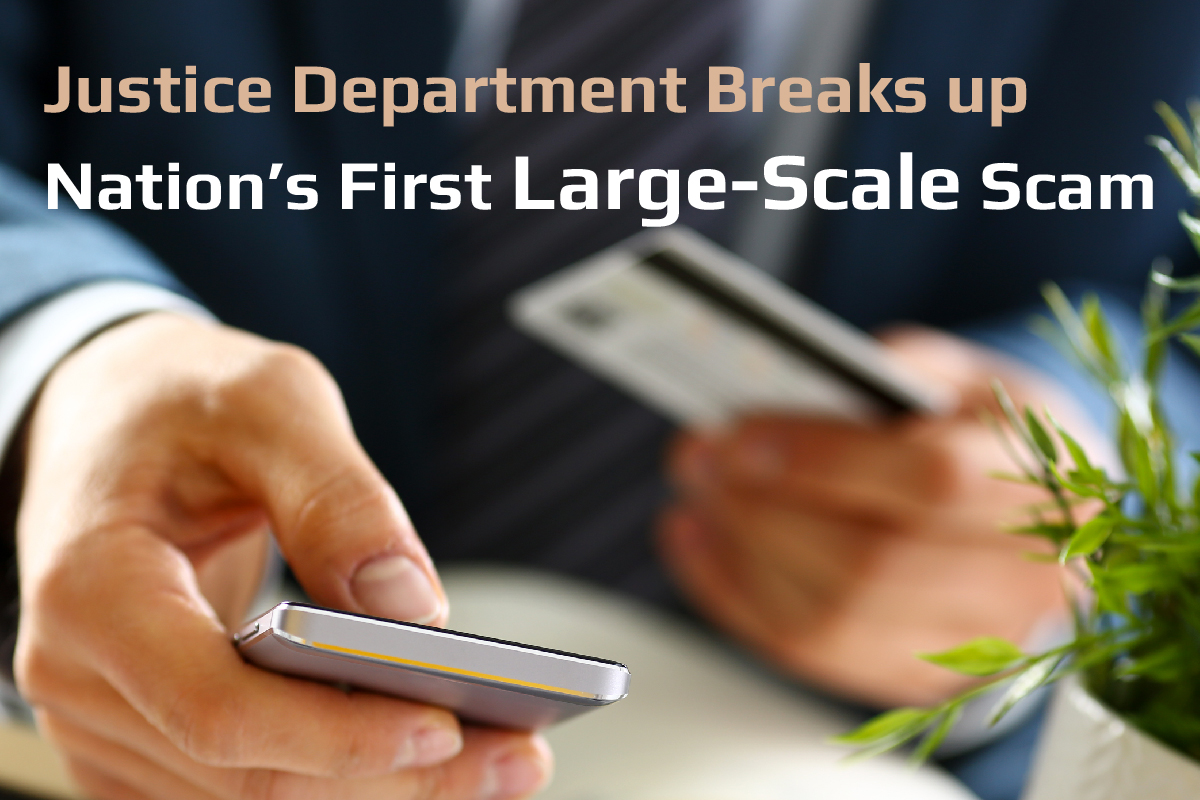 Scammers beware. In late July the Justice Department said it has broken up what appeared to be the nation’s first large-scale, multinational telephone fraud operation. After years of work by Justice Department, Department of Homeland Security, Immigration and Customs Enforcement, and Treasury Department officials, stiff sentences and a round of indictments were handed down for 21 conspirators in the United States and India.

The sophisticated scam bilked hundreds of millions of dollars from more than 15,000 victims in the United States over four years. Court documents report the scam was active between 2012 and 2016, during which fraudulent calls came suddenly and frequently.

According to the department, personal information from more than 50,000 individuals was misused. The money was routed through call centers in India back to the ringleaders in eight states.

Phone calls targeted the most vulnerable Americans, including immigrants and older people. Victims received calls that in some cases, on caller ID, said US Government. Upon answering, a person posing as an IRS or immigration official threatened arrest, deportation or other penalties if the victims did not immediately pay their debts. They instructed the victim to do so with prepaid cards or wire transfers.

Assuming the call was legitimate, an 85-year-old woman was frightened into paying $12,300 for tax violations in order to avoid arrest. The indictment also referred to a Chicago man who paid $5,070 after being threatened with arrest and deportation by supposed state police and immigration authorities.

Some callers in the operation also erroneously offered grants or payday loans linked to a borrower’s paycheck. The indictment says victims were asked to pay an upfront fee before they could receive the fictitious loan.

The Justice Department said 21 people coming from eight US states — Illinois, Arizona, Florida, California, Alabama, Indiana, New Jersey and Texas — were sentenced to prison for up to 20 years for their role in the scheme.

This scheme does not come as a surprise to many. The IRS has warned Americans about scams such as this—especially around April deadlines to file taxes. It does not demand immediate payment of debts using a specific method, such as a prepaid debit card, gift card or wire transfer.

There may be copycat scams still out there. The best thing you can do is repeatedly warn your clients against reacting when calls come from the IRS. The more services you provide and the more closely you stay in touch with clients, the more likely they will be to hire you to protect them.

HOW WE CAN HELP:

Members Only Benefits
IRS Solutions Software gives you the confidence to provide services you may have been uncomfortable with in the past. Another benefit of membership is the training you get on our monthly case study calls.

Don’t Miss Out! Sign up with IRS Solutions Software and Gain Access to These Informative Monthly Case Study Webinars on the 4th Thursday of Every Month at 10am-11am PDT.

Ready to learn more? For starters, please pick up our FREE PRICING GUIDE. Act now so you’re ready when your clients owe tax this year.