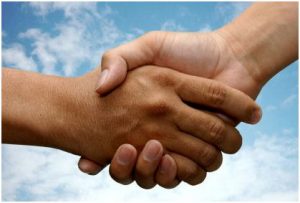 In the wake of an emotional election season, small businesses are waiting for the dust to settle to see if Donald Trump will keep campaign promises on taxation. After years of stress on the small business sector, many are hoping the new Republican regime will bring relief.

Lofty promises are nothing new. They are always made prior to elections. Some of those promises are forgotten after the transfer of power from one president to the next, but many are counting on promises for lowering taxes made by the President-Elect will be kept.

It’s no secret high taxes are one of many burdens our country’s small businesses must bear. Newer businesses are waiting to see: Will Trump Keep Promises? They are hopeful for expansion of opportunities, and those that survived the economic pressures earlier this decade are hoping forthcoming changes in small business taxation will help them steady rocky foundations. What are these changes and who will benefit?

Everyone benefits, according to Trump, who has the ear of businesses by advocating such policies as lowering the income tax on all companies to 15 percent. But business groups want to see more. For instance, they’d like to see benefits for sole proprietors, partners and corporate shareholders whose business income is reported on their personal returns. Under current law, this group can be taxed at rates up to nearly 40 percent. Corporate tax rates range from 15 percent to 35 percent.

Even if Trump keeps his promises and goes to bat for businesses by lowering taxes, the tax law can’t be changed without Congress, which has had trouble agreeing on tax reform. But the National Federation of Independent Business believes that a Republican president and Congress will lower taxes for small companies.

This issue alone will not necessarily win Trump the favor of all businesses. He campaigned against a few things that could have a tremendous impact on small business, such as renegotiating the North American Free Trade Agreement (NAFTA). NAFTA governs trade among the U.S., Canada and Mexico and has been a plus for small business trade.

Trump also advocates for other trade deals being modified. For instance, he wants the U.S. to withdraw from the Trans-Pacific Partnership, which is awaiting approval from Congress. Although some are in favor, it is expected he may face opposition from small business groups, who will feel the impact hardest.

As tax professionals prepare for the upcoming tax season, staying on top of taxation and other issues facing our nation will be important. The best small business owners can do at this point is wait and see.